Home  /  Resources  /  Troubleshooting  /  Why is My Propane Regulator Frozen?

Why is My Propane Regulator Frozen? 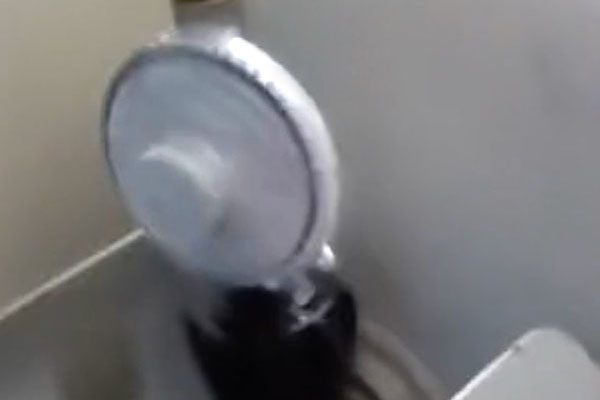 A frozen propane regulator can be a sign of a very serious issue.  When we get questions about this problem, it is usually because the caller has the propane tank positioned on its side in order to fit in a low-standing fire pit structure (for instance, coffee table height).

Laying a propane tank on its side is very dangerous and should never be done under any circumstances—not even for transport or storage.

Turn off anything that could create a spark or ignite the gas. Turn off the gas at the tank, and then orient your tank vertically. Allow the gas to dissipate and the regulator to thaw before resuming use.

Why is it Dangerous to Lay My Propane Tank on its Side?

When a vertical tank is laid on its side, the liquid shifts and the relief valve may now be located in such a way that it will release liquid propane instead of vapor.  When released, liquid propane will instantly vaporize. A small amount of liquid propane becomes a huge amount of propane gas. If there is an ignition source, this can result in a large explosion damaging property and potentially causing injury or loss of life.

Horizontal Propane Tanks Are Designed to Lay on their Side

If the design of your gas fire pit only leaves room for a horizontally installed propane tank there are options.  There are propane tanks that are designed to lay on their side.  These tanks locate the relief valve high on one side where the vapor can be accessed and released if need be.

This style works well in low-lying fire features if you’d prefer not to run a hose to a tank stored off to the side. However, you won’t be able to take it to a tank exchange location. It must be refilled at a gas supplier.

Dangers of An Overfilled Tank

A tank that has been overfilled presents much the same danger as a vertical tank used horizontally. Liquid propane is passing through the regulator instead of gas. It’s rare for a tank to be overfilled these days thanks to the OPD (Overfill Prevention Device) now present on all new tanks. However, it does still happen from time to time, especially if you’re using an older tank.

You can tell if your tank has been overfilled if there is an overwhelming smell of gas; if the gas gauge reads high, or if the release valve is open (there may also be a hissing noise).

If you determine that your tank is too full, clear the area and make sure there are no ignition sources. Call a gas supplier and have them walk you through the process of bleeding off the excess gas.

When Is It Normal for a Regulator to Frost Over?

One way to reduce this frost is to turn the flame down a bit. The burner will draw less gas and the regulator will not be as cold.

You actually don’t need to thaw the regulator. You will find misinformation from a variety of sources online telling you to cover your regulator to keep it from frosting. The problem is, the cold is coming from within the regulator. Your tank and regulator need ambient heat to turn liquid propane into vapor. Placing a cover over them will hold the cold in, instead of allowing the ambient warmth of the air to surround the tank.

Note: In extremely cold conditions, some people cover their propane tanks with a heated cover to provide enough heat for the vaporization process to occur. But that’s a very different scenario than the one we are discussing.

Light frost on a regulator caused by moisture in the air is not uncommon and will not affect the way your regulator works.

If you see frost on a propane regulator, make a quick check to be sure the tank is oriented the proper way. If it is a standard (vertical) tank, it must be standing upright. If all is well there, check to see if the tank is overfilled, and consult a gas supplier if need be. Otherwise, the frost on your regulator is likely a by-product of humidity and requires no action.

Call our Tech Team, we’re always happy to answer your questions and discuss your projects.